I’ve been married once before. It was over quick, but it was painful. In more ways than one …

“Toon, I’m going to need you to, uh, put this up …” he said as he entered the bedroom, holding a green plastic cylindrical package of a cheap cigar from the local corner store.

“What? Put this up where?” I asked, brows furrowed, clearly perplexed at his request.

“You know, up,” he said, again, this time using his hands to motion up with a flick of the wrist and a scooping motion.

“How else am I going to get weed and coke into Jamaica?” he asked, with more than a hint of annoyance at my naivety.

“Well, my guess would be up your ass because I never agreed to be your drug mule,” I said as I walked from the room.

We were leaving for Jamaica that afternoon for what was supposed to be our first anniversary. Except, it was anything but a celebration. Several months prior, I realized his casual gambling, drug and alcohol use was anything but fun. What used to be a small $50 to $100 bet on a game with a friend turned into thousands, multiple times a day, on sporting events that I was unaware you could even bet on.  A grand on the distance of the opening kick in the Monday Night Football game? Seriously? Oh, yeah, it was bad.

Knowing that this marriage was doomed to fail, the idea of spending a week on the white sandy beaches of Jamaica with him was more a nightmare than a trip to paradise. But, the trip was paid for. His parents practically begged me to give him another chance.

“When you get home, we will all sit down together and get him back on track,” his father pleaded.

Sure thing, I remember thinking.

“Toon! You’re supposed to be my wife. That means you help me!” he shouted from the other room as I checked my purse for our passports.

“Shoving a tube of drugs up my vagina was not in the marital contract!” I yelled back, taking a deep breath, wondering how my life had brought me here.

Not wanting to know his final decision on whether or not to smuggle drugs into Jamaica, I avoided asking. As we moved through the security line at John F. Kennedy International Airport in New York, I silently prayed that he would get caught with drugs up his ass. What a sweet relief it would be to watch him get carted off to jail as I embarked on a solo trip to paradise. But, I didn’t have that sort of luck.

Hours later, we touched down in Jamaica. He was beyond tanked and overly obnoxious. I spent the last three hours being ridiculed for being a selfish prude.

“I can’t believe you wouldn’t do that for me. What am I supposed to do for a week?” he whined, repeatedly. With every drink, the whining got louder.

“Shh. You’re being rude,” I said quietly between gritted teeth. Finally, I put on my headphones to drown out his incessant whining about his lack of drugs for a week.

After boarding the resort shuttle, we bounced our way through the unpaved and incredibly unsafe streets of Jamaica on our way to the resort. Making a rest stop about an hour into the drive, he bound from the bus as though he was making an escape from prison. Returning back from the bathroom a few minutes later, I found him already in our seats, white powder around the edges of his right nostril.

“What?” he says, whipping his nose with the back of his hand.

“I cannot believe that you smuggled drugs into this country,” I said annoyed.

“Oh, I didn’t smuggle any drugs. I just bought some in the bathroom,” he said proudly with a large grin.

“Are you fucking kidding me?” I asked angrily.

“Why are you so mad? You should be happy because now I’m happy,” he said, trying to put his arm around me as I sat down.

“Don’t touch me. You’re a fucking idiot and you’re going to get us arrested in a foreign country. What the fuck is wrong with you?” I whispered loudly.

“Toon. Lighten up,” he said just before passing out.

Arriving at the resort, we were given the first of many free alcoholic beverages. Skeptical of how the evening was going to go, I slowly sipped my drink, allowing the ice to melt before I was even half way finished with it. By dinnertime, he had made friends with several of the staff members at the resort, and before I knew it, he was popping pills, smoking a joint, and pouring lethal amounts of alcohol into his glass.

Realizing the anniversary vacation was going to be an extended Spring Break, I retreated to the hotel suite with my book and headphones. Hours after I passed out from exhaustion, he came stumbling into the room. With a quick glance at the clock, I learned it was nearly dawn. Suddenly, a loud crash came from the bathroom, followed by a thud.

Worried that he smashed his head open, I ran to the bathroom to find him passed out on his side with his head nearly in the metal trashcan. Inspecting his head for any injury and seeing no apparent damage, I make the rash decision to leave him in the bathroom, to leave him in Jamaica.

Changing out of my pajamas, I quickly threw the few belongings I removed from my suitcase back into my bag and zipped it up. I grabbed my passport and purse, and I wheeled my suitcase out of the hotel room and to the front desk.

The scene at the airport was much like the scene in Home Alone when the mom is desperately trying to get home to a frightened Kevin, running from counter to counter searching for an airline that had an open seat back to the States. I ended up having to fly from Jamaica to Houston, through Atlanta, and then finally back to JFK – and it was going to cost me over $1000. But honestly, I needed to get off the island. I needed to be home. So I justified the expense, and left him in Jamaica.

I wish I could say that was the end of our story together. But that would mean there were no more ridiculous stories to tell. So I’ll save the ending for another day … it’s worth the wait.

View all posts by Tina

We're a blended family making the best of the life we have. We work hard to overcome the challenges of anxiety and depression with a smile and a whole lot of love. We're happy you joined us! We hope you enjoy our story. 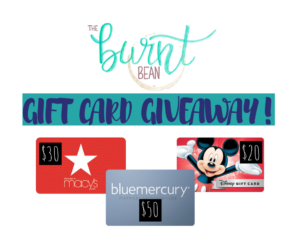 This website may contain affiliate links and we may earn compensation when you click on the links at no additional cost to you.